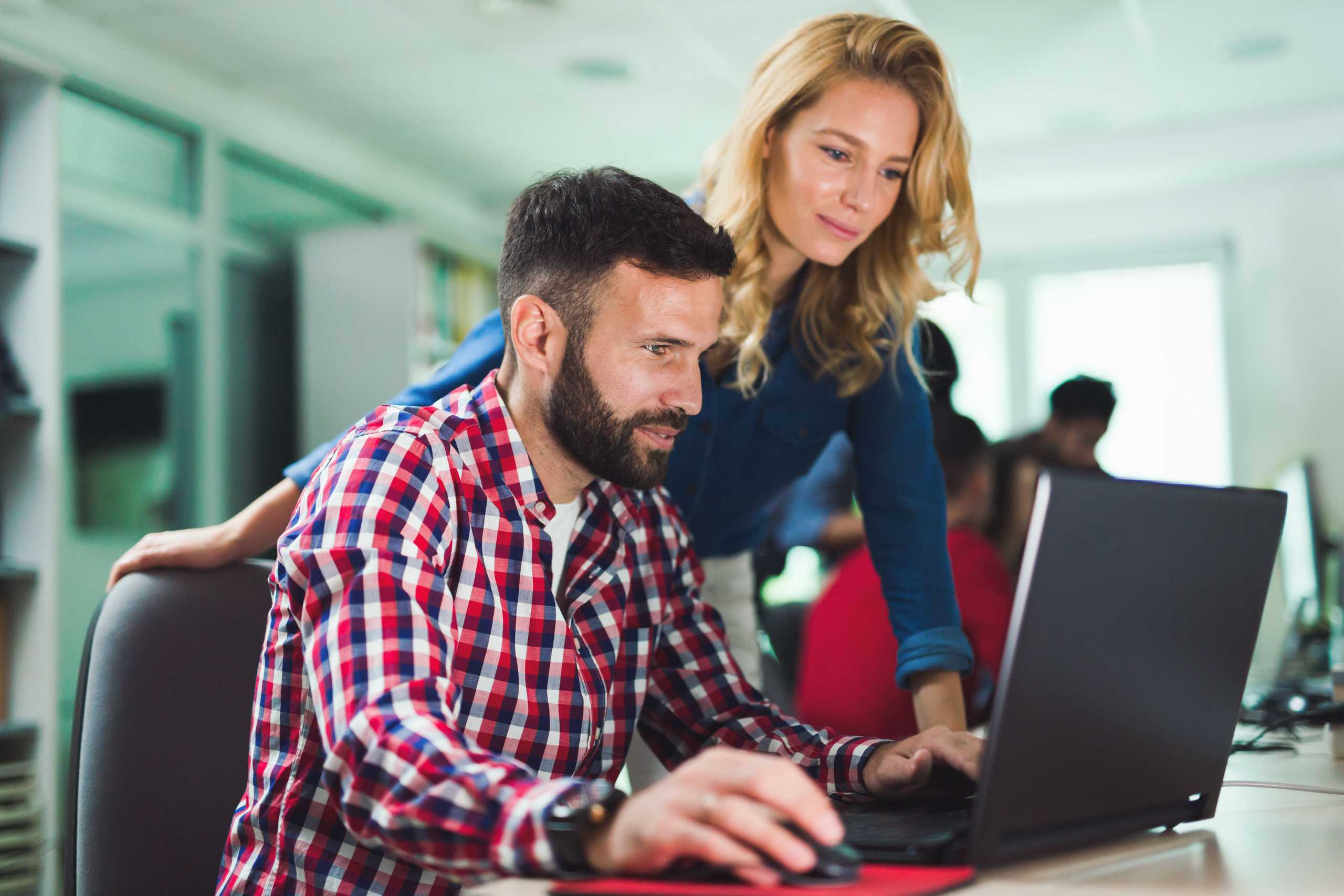 Angular development for your business

Angular development for your project

Nowadays, most businesses are striving for an ultra-effective online presence. They need a solid and quick web development framework with high-end features. One of the most popular and effective frameworks out there is Angular. If you’re looking for an expert team to work on your frontend development projects, our Angular development services are here for you.

Many tools to start creating an app instantly

Reliability
As Angular was invented (and is still updated on a regular basis) by Google, it’s considered to be one of the most reliable technologies out there.

Mobile- and desktop-ready
You only use one framework for multiple platforms. Developing web solutions optimized for mobile gets really easy!

Dynamic UI
With Angular, you can build dynamic interfaces. Their content changes depending on user actions.

Many tools to start creating an app instantly
You don’t have to reinvent the bicycle as many solutions are already available for you to use. Creating an Angular application has never been easier.

Angular is an open-source JavaScript framework for the client-side development of web solutions. Google originally developed it in 2012, and it’s still supported by the tech giant. The framework was created with dynamic page updates in mind. A great thing is that Angular has many powerful features that allow web developers to create rich, single-page web apps easily and quickly. The framework has been fully rewritten and redesigned – the first stable release was published in 2016. Now, as a platform, Angular includes a component-based framework for building scalable web apps, extensive libraries that cover multiple features, and a bunch of developer tools for developing, building, testing, and updating code.

Are you ready to build an Angular project?

Angular frameworks to use

If your next web development project is going to be built from the ground and you have a short deadline, don't worry. Angular developers can take advantage of many frontend frameworks to support Angular (with their pre-built web components). Having such big support, your web application can be created really fast! The most popular are: Angular Bootstrap, Angular Foundation, Suave UI, PrimeNG, Ionic Framework, NativeScript + Angular, Angular Universal, Nebular, Mobile Angular UI, Angular Material, or LumX.

At Liki, we create amazing apps that help our customers achieve higher long-term goals. We only provide state-of-the-art web solutions and tailor-made services. Our skilled Angular development team will provide you with the following Angular development services: Frontend development – amazing mobile and web applications. Cross-platform Angular applications – we build progressive applications for different platforms. Enterprise-level solutions - Angular framework provides solutions that can be implemented on a large-scale basis. Angular consultation – we are ready to share with you our extensive expertise and best software practices. Why not try Angular in your web development project? Try out free consultation.

We’ve been working with Angular for ages. Therefore, we can provide our customers with a professional software development approach that perfectly fits their needs, budget, and timeline. We believe in transparent collaboration and flexible business models. Fixed time/cost or maybe a dedicated Angular team? It’s your call to make! Our qualified Angular specialists will be happy to join your project. Angular development may bring a wide variety of benefits to your business - let us help fit them to your needs.

We will answer all your questions and find the best solution for your project.

We use cookies in order to personalize site experience.